I have known Romina for over a year. She was born crossed eyed. Last year, Odile, a volunteer nurse from France helped her to strengthen her eyes by doing daily exercises with her. Today, Romina is able to use one almost perfectly but the other one doesn’t seem to be strong enough to change. 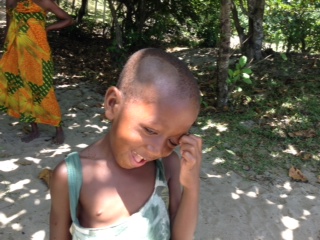 This year when I first saw her, she had ring worm of the scalp “Tinea capitis”, also known as “Herpes tonsurans”. She has a bald spot as a result. I was told that she is being treated with natural medicine, a plant of some sort. Two weeks later, I saw that the worm has spread to her ear, cheek and neck. When I asked again about medicine, I was told that her mother can’t afford pharmacy medicine. So I took Romina to the dispensary myself and got her treated. The nurse there sold me medicinal soap, anti fungal cream, anticholinergic syrup and multivitamins as she doesn’t get much to eat other than rice. 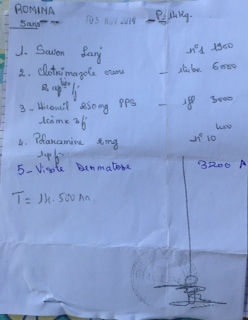 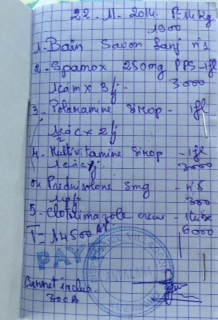 Last week, I went to see her, she was better on one side but the same thing had now reacted to the other ear. We went back to the dispensary and got a repeat of all the meds. I am hoping that this cures it once and for all, but it is up to her mother and sisters to give her the medicine when needed.

This photo was taken yesterday, looking much, much better!!

Still working on healing this part… 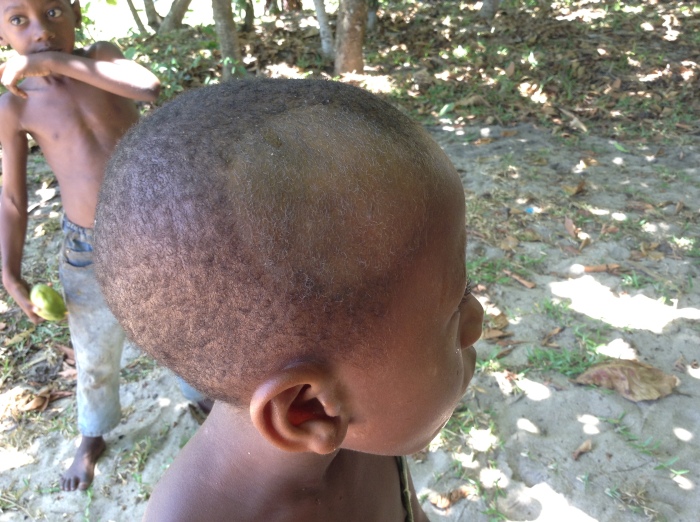 One thought on “Romina age 5”