The name Telotrano means “three houses”. He was given this name due to that fact that the first two homes that he lived in as a fetus, were destroyed by cyclones. He was born in the “third house” -Telotrano

Telotrano will rest in the small forest lulled by the sounds of the Indian Ocean.

To the resting place of former leprosy patients…

Even dead leprosy patients scare people so they have their own cemetery at Jules village and Belfort village, away from others. 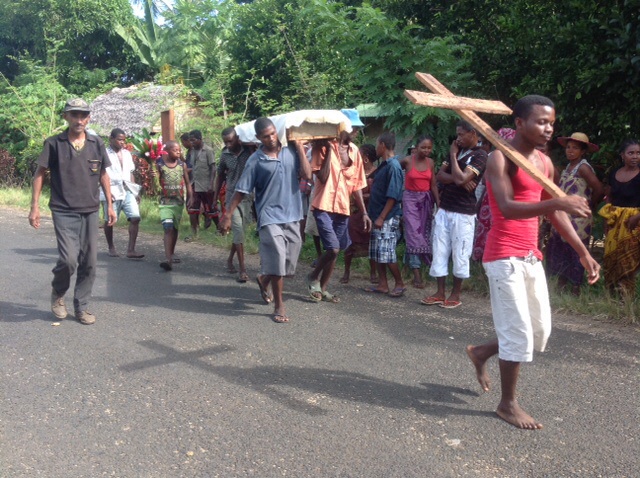 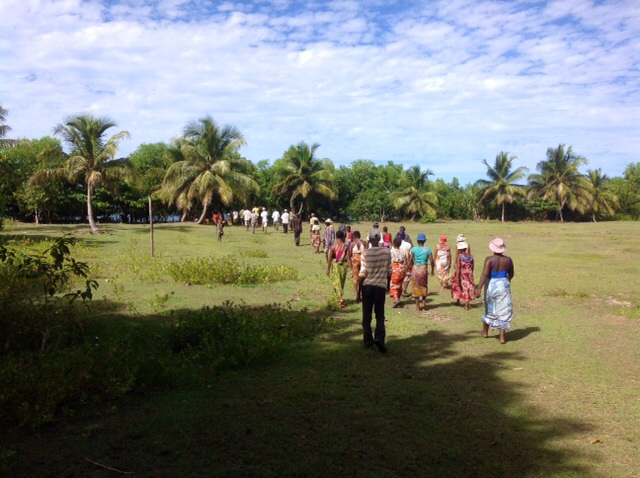 The family said their goodbyes and asked for protection. Telotrano is now among his ancestors. 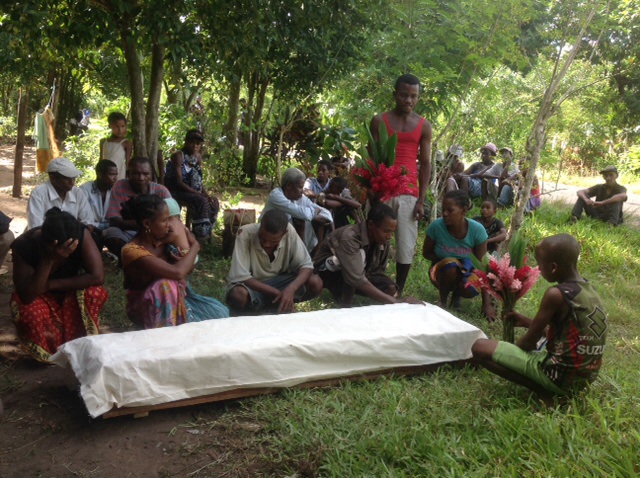 Telotrano was the first person suffering from the effects of leprosy that I had ever had a conversation with. He was a kind and gentle man, always with a genuine smile and full of positive energy, despite his fate. He taught me a lot in our time together and I’ll cherish that.

I can’t say that I like this part of my mission, although I understand that it comes with the territory.

RIP Telotrano .ת.נ.צ.ב.ה
Love from Joey, JHA FUND and all of our supporters.

One thought on “RIP Telotrano”